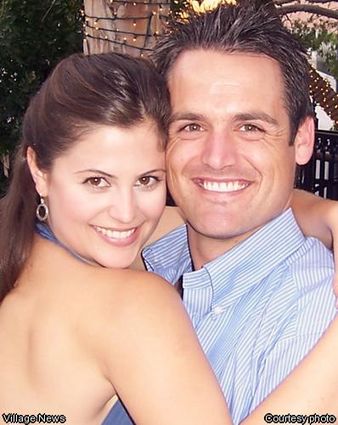 Dave Brandt and Paula Brandt, both of Fallbrook, are pleased to announce the engagement of their daughter, Kristen Taylor Brandt, to Blake Kenneth Hardin, son of Dana Hardin of Fountain Valley and Cory Hardin of Benton, MO.

Kristen graduated from Fallbrook High School in 2001 and from the University of California, Irvine in 2005 with a Bachelor’s degree in drama, Honors in musical theater. She is an actress in the Los Angeles area and also substitute teaches for Crescendo and Aspire charter schools. Kristen and Blake met while she was attending UCI and both were working at Tommy Bahama’s restaurant in Newport Beach.

Blake graduated from Fountain Valley High School in 2000 and received a degree in political science from San Diego State University in 2004. Blake is a project manager for Ancon Marine in Carson. He also attends California State University, Long Beach, where he is working toward his MBA with an emphasis in finance.

A May 24 wedding is planned at Lake Oak Meadows in Temecula. After their honeymoon in Greece, they will reside in Long Beach.