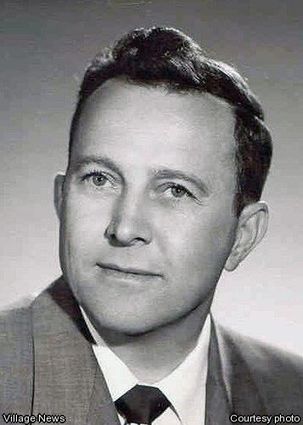 Robert Eugene “Gene” Mapes passed away March 16, 2009, in San Marcos. He was born in Topeka, KS, in 1910 to Robert and Caroline Mapes. A graduate of San Bernardino High School, he married Evelyne Corgill of Colton.

In 1948, Gene, Evelyne and son Bob moved to Fallbrook, where Gene became manager of the Bank of America. He was active in Fallbrook Rotary and a proud Mason and Shriner. In retirement, Gene and Evelyne lived in Palm Desert until she passed away. He then moved to San Marcos and married Kathryn Sweeterman in 1988.