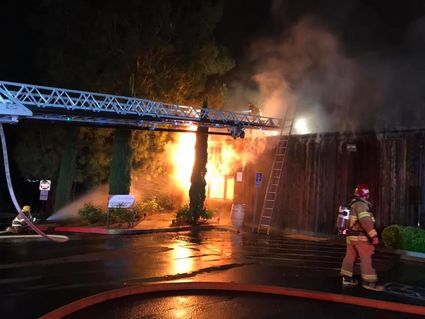 Ray Falkner, the owner of Falkner Winery, received a phone call from the winery’s security company around 11:30 p.m. last night that one of their motion detectors at the winery had fired.

After police were dispatched and arrived on the scene, Falkner stated police saw flames and notified the fire department.

Firefighters from CalFire Riverside and Pechanga arrived around 12:15 a.m. to 12:30 a.m., according to Falkner, who lives in the San Diego area and headed immediately to the scene. He said he was there until 6 a.m. this morning.