By Janie Har and Martha Mendoza
The Associated Press 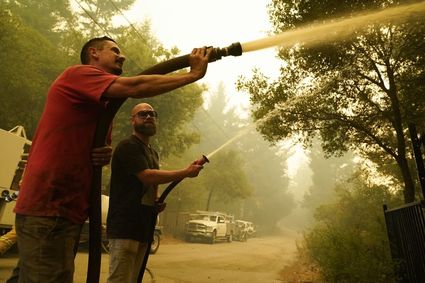 Sky-darkening wildfires that took at least six lives and forced tens of thousands of people from their homes blazed throughout California Friday, Aug. 21, as firefighting resources strained under the vastness of the infernos authorities were trying to control.