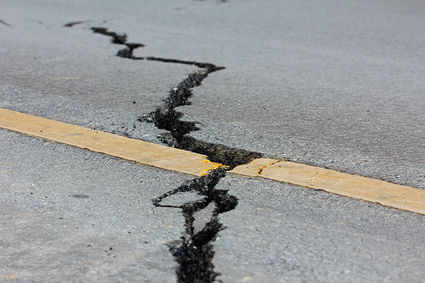 LENNOX - Three earthquakes shook Southern California within about a half hour this morning, centered around the unincorporated Lennox area, near Inglewood -- with the first two considered foreshocks.

No damage was reported.

"The M4.0 that just happened was under Lennox, CA, near Inglewood.

Very deep at 20 km, so everyone is at least 20 km away. Would have been felt by most people awake in LA. Movement was thrust, probably not on any mapped fault,'' earthquake expert Lucy Jones tweeted. She is founder of the Dr. Lucy Jones Center for Science and Society.

The first quake, downgraded from 3.3 to 3.0, came at 4:15 a.m. and was centered about a mile east-northeast of the Lennox area. It was felt from the South Bay to the Montebello area, and to the Burbank area, according to the USGS.

A 2.5-magnitude earthquake was felt within a minute later and was centered .62 miles northwest of Lennox.

The third quake was more widely felt around the Southland. "All the events are at the same depth,'' Jones said.

The Los Angeles County Fire Department and sheriff's department both said no damage was reported.

"A 4.0 earthquake in Inglewood shook the L.A. area this morning,'' Los Angeles Mayor Eric Garcetti tweeted. ``Our @LAFD conducted its routine survey of the City of L.A. and reports no damage.''