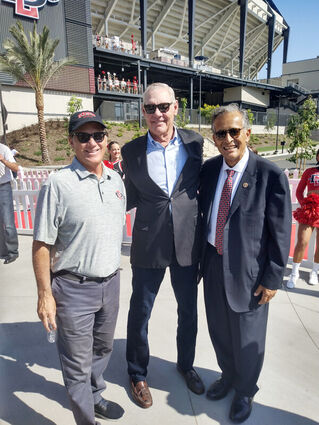 On Aug. 9, I was honored to attend the ribbon cutting of the new football stadium, Snapdragon Stadium, at San Diego State University. This event celebrated the completion of the stadium, which will be the new home of the SDSU Aztec Football team and the San Diego Wave Fûtbol Club (SD Wave FC). It will also serve as an entertainment venue for events in San Diego.

San Diego State University has not had a home stadium since 1967, and the opening of the brand new, 35,000 seat Snapdragon Stadium will serve the school and the community for years to come.