New majority sworn in for FUESD board 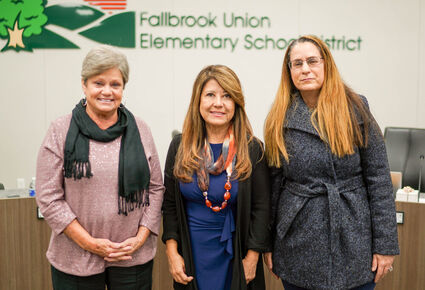 Three new trustees were sworn in at the Dec. 12 meeting of the Fallbrook Union Elementary School District and one, Dr. Stacy McRae, was selected unanimously by the board as its president. McRae, along with Mary McBride and Diane Sebalj, were selected by voters on Nov. 8, ousting three incumbents.

Sebalj was nominated as clerk but declined, as di...