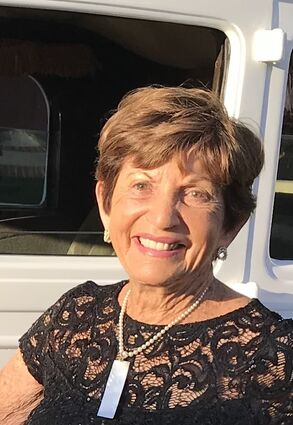 Born on July 12, 1931, in Cleveland, Ohio, she lived her childhood in Chattanooga, Tennessee. In 1954, she was employed as a stewardess for Delta Airlines, where she met Victor Foli, a pilot. Based in Florida, the two were married six months later. They moved to Bonsall in 1963 with their four small children. They were married for 67 years.

Billie had a variety of interests, including tennis and golf. She golfed at Vista Valley Country Club for 30 years where she was most proud of winning the Hidden Jewel Golf Tournament with her granddaughter in 2019. She was a member of the Fallbrook Tennis Club for 20 years. She also enjoyed traveling and took her family on many trips all over the world.

In 1990, she joined the Angel Society of Fallbrook, a local philanthropy where she was a member of its board of directors until 2021. Her legacy also included two terms as president, from 1995 to 1997, and again from 2015 to 2017. The organization raises funds for local nonprofits and other worthy causes through the operation of its Angel Shop, a thrift store at the corner of Main and Aviation.

Well known among customers and volunteers alike, Billie continued to work in the shop until last year, even cashiering on Saturdays, the shop's busiest day. Over the years, her contributions to the organization were many, including helping to shepherd the group's move to its current shop location, a former bank building that was purchased by the Angels in 2007. It was also Billie's idea to require shop volunteers to wear uniforms, and the blue "Team Angels" T-shirts were born.

Over the years, Billie was also known for her shop "stories," including one that took place several years ago during the holiday season when she and others stayed after hours to outfit a mother and her daughters for a wedding. The family not only found the mother a perfect wedding dress at the shop, but also three bridesmaids' dresses in burgundy, plus matching shoes for her daughters, in each of their sizes. It truly was a "Christmas miracle," as Billie recalled, especially since one of the girls wore a size 14 shoe.

Billie will be remembered for her lifetime of service in a variety of capacities. She was lovely, kind and generous. Her absence will be felt by many as she touched all who had the great pleasure of knowing her.

A Celebration of Life is planned for later this year. Donations in Billie's name should be made to the Angel Society's scholarship fund.