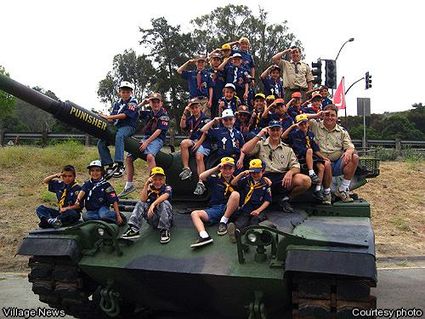 Cub Scout Pack 735 of Fallbrook/ Bonsall salutes the United States Marine Corps on a M60A1 (Abrams tank) that was the main battle tank used in the Gulf War in 1991, now retired at the Camp Pendleton Mechanized Museum. On August 3 the Scouts learned about many other weapons that their grandfathers and indeed a few fathers had used during WWII, Korea, Vietnam and beyond.