Be a mentor, 'Ignite a Dream' 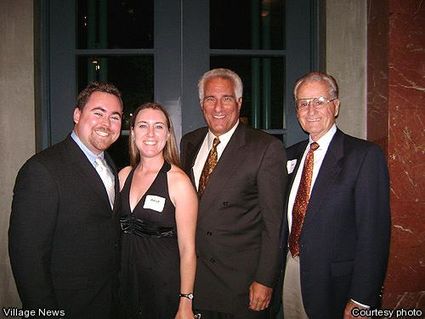 Morgan Cadmus, executive director of the Foundation for Senior Care, was honored to be the keynote speaker at the prestigious fundraising event held Thursday, October 30, at the Hyatt Regency in La Jolla.

Cadmus shared his own personal story of growing up with a Big Brother and the tremendous value it brought to his life, inviting the more than 600 guests in attendance to ignite a dream for thousands of children in San Diego County who need mentors.

“It was different for me because of Will,” Cadmus said. “Will was a 27-year-old officer from North Carolina serving in the Marine Corps. I met Will when I was 8 years old. Will was my new big brother and he could not have come into my life at a better time.”

Cadmus stated that his parents were divorced when he was 5. His single mom raised two kids in a one-bedroom apartment in an area of Oceanside filled with gangs and drugs. Their home was broken into multiple times, one time when Cadmus was home alone.

Cadmus’ mother attended nursing school full-time so that she could eventually work and replace the welfare that was their only source of income.

“Imagine where a path like that can lead – no focus, bad crowds, gangs, drugs and certainly no sense of dreams,” Cadmus stated. “I didn’t have dreams. Will not only ignited my dreams, he gave me dreams.”

Guests in the audience were captivated during the emotional speech, hearing that due to the positive influence of Will’s presence, Cadmus feels strongly about the changes that were brought to his life.

Developing a love of sports, Cadmus is now a huge Charger and Padres fan. He learned the importance of family values and learned that if he wanted to be like Will, he needed to stay away from drugs.

“I can honestly say that I have never tried or done any drugs,” Cadmus said. “Not even a cigarette.”

Cadmus attributes his dreams that changed his path short-term and long-term to Will. At 17 he held his first manager position; at 21 he married the love of his life and high school sweetheart, Heidi; at 23 he became the program manager for the Fallbrook Healthcare Foundation (DBA Foundation for Senior Care), to which now, at the age of 24, is the executive director.

“Will had that kind of impact on me,” Cadmus said. “And now it is my turn, my opportunity to have that kind of influence on a child that was just like me.”

Cadmus shared that on September 17, he took the step of starting the process of being a Big Brother. 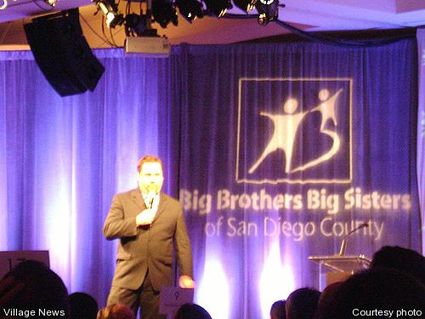 Morgan Cadmus speaks to an audience of 600 attending the Gourmet Dinner.

Cadmus credits Will and his involvement in the Big Brothers program for helping him to reach his current position at the Foundation for Senior Care.

As executive director, Cadmus oversees all aspects of the Foundation, including its three core programs: the Care Van, Senior Care Advocacy and Senior Day Care Center.