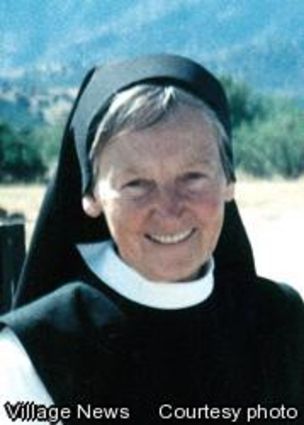 Jean Klansnic was born October 30, 1920, in Black Diamond, WA, the seventh of eight children born to Helen and Joseph Klansnic. When Jean was 2 years old, the family moved to an apple and pear orchard in south Wenatchee, where Jean grew up, graduating from Wenatchee High School in 1937 and later from the Seattle Secretarial School.

Jean began working for the Chelan County Draft Board in 1941 and served as chief clerk until she joined the Women’s Army Corps (WAC) in 1942. Serving as a WAC sergeant, she was one of 40 American women landing in Bombay, and later served in Ceylon (now Sri Lanka).

After her honorable discharge, she returned to the states and attended Seattle University on the GI bill, where she met and married a handsome Irish premed student, Al O’Donnell. After they married, Jean devoted herself to homemaking and motherhood.

The family moved to Omaha, where Al attended Creighton University School of Medicine. After Al completed medical school, they returned to Washington and settled in Port Orchard, where Al established his medical practice.

In 1959, at the age of 42, Al died suddenly of a massive heart attack and left Jean a widow with four children, ages 2 to 12. With amazing faith and courage, Jean returned to her studies and went on to become a medical doctor, at a time when female doctors were very rare in any event, let alone a single, penniless mother of four children.

At that time, the only medical school in the country willing to take a chance on Jean in her circumstances was located in southern California, so she moved with her four children to the Los Angeles area.

After graduation, Jean practiced medicine in the Los Angeles area, and eventually moved to Fallbrook, where she continued her private practice and was later joined by her son Ted, by then a family practice physician.

Jean was always deeply spiritual, with a lively, joyful and contagious faith. In 1987, she heard a higher calling and joined the cloistered Cistercian-Trappestine Sisters of St. Rita Abbey in Sonoita, where she lived in joy and contentment for the next 21 years, until her body was laid to rest in the abbey cemetery on December 20, 2008.