Driver killed in crash with traffic signal on Highway 76 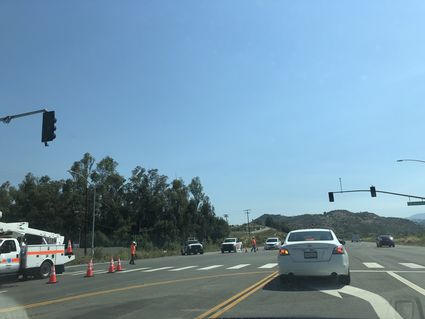 Crews were repairing a traffic signal at Via Monserate and Highway 76 after a driver crashed into it early Thursday morning. The driver did not survive.

The deadly crash happened just after 2 a.m. According to California Highway Patrol Officer Mark Latulippe, a 1999 Dodge minivan was traveling west on Highway 76 when, for reasons that remain under investigation, the driver careened into a traffic pole at Via Monserate, causing the van to burst into flames.

The driver died at the scene, and was not immediately able to be identified, Latulippe said.

It's not known if drug or alcohol impairment was a factor in the crash.