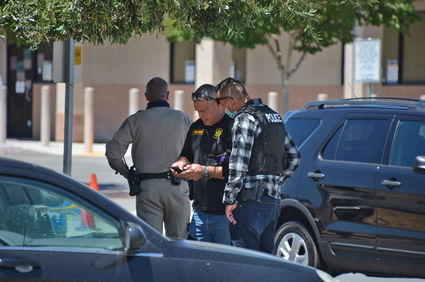 California Highway Patrol investigators work a bomb threat that was called into the Temecula DMV Thursday, June 2. The CHP said they are continuing to investigate the origin of the threat. Valley News/Marc Danielian photo

According to Officer Mike Lassig, CHP officers were dispatched to the location on Diaz Road in Temecula and arrived on the scene at 10:27 a.m. Officers immediately evacuated the building of all employees and visitors and conducted an internal and exterior search of the facility.

As officers on the scene waited for CHP explosive...