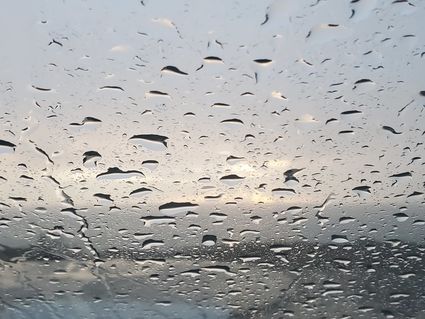 RIVERSIDE – A cold winter storm brought rain and snow to much of Riverside County today, with more precipitation on the way next week.

As of 2 p.m., Riverside, Lake Elsinore and Temecula had received 0.28 inches of rain in the last 24 hours, while the Coachella Valley mostly saw drizzles across the board, according to the National Weather Service.

Forecasters said the storm could bring snow accumulations of 1 to 3 inches above 4,000 feet on Saturday, with localized amounts of up to 6 inches.

A winter weather advisory was issued through 10 p.m. for areas in the Riverside County mountains above 4,000 feet.

"Be prepared for reduced visibility at times with areas of dense fog resulting in dangerous driving conditions," the NWS warned.

Those same areas will be under a winter storm watch from Sunday evening to Monday evening, when a more intense and colder storm is expected to move across the Southland, increasing snow accumulations to between 4 to 8 inches above 3,500 feet and 6 to 12 inches above 4,500 feet, according to the NWS.

The snowfall will be a boon for skiers and snowboarders headed for the slopes.

Snow Valley Mountain Resort in Running Springs in the San Bernardino Mountains reported receiving 3 to 4 inches of new snow Saturday morning but will be closed that night due to the incoming storm.

Snow Summit and its sister ski resort Bear Mountain in the San Bernardino National Forest reported getting 2 to 4 inches of new snow overnight with more in the forecast.

The incoming storm could bring up to 8 inches of snow in some parts of Riverside County this weekend including along Interstate 15 through Cajon Pass, where snowfall of at least 1 to 3 inches is expected, according to the National Weather Service.

The NWS said an extra 3 to 8 inches of snow could fall above 5,000 feet elevation. "Be prepared for snow covered roads and limited visibilities, and use caution while driving," an NWS statement said.

A more intense and colder winter storm is expected to move across Southern California Sunday night through Monday evening, according to the NWS.

The Valley News is made up of local residents dedicated to keeping our communities up-to-date with local issues. Since 2001, we've covered Temecula, Murrieta, Lake Elsinore, Wildomar, Winchester, Menifee, Hemet, and San Jacinto.