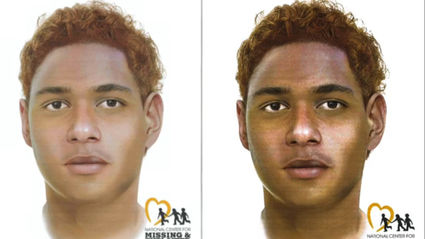 An artist's rendering of the likely appearance of a man whose body was found burning in a Scripps Ranch dumpster in 1981. Village News/courtesy photo

SAN DIEGO (CNS) - Authorities on Thursday released an artist's rendering in hopes of identifying a man whose body was found in a burning dumpster outside of a Scripps Ranch grocery store nearly four decades ago.

About 5 a.m. on Sept. 28, 1981, employees at Big Bear Super Market on Mira Mesa Bouelvard near Scripps Ranch Boulevard called 911 after smelling smoke coming from the back of the business, according to San Diego police.

Firefighters arrived to find a trash dumpster ablaze near the loading dock area and found the body when the flames were extinguished.

In a video released by the SDPD...