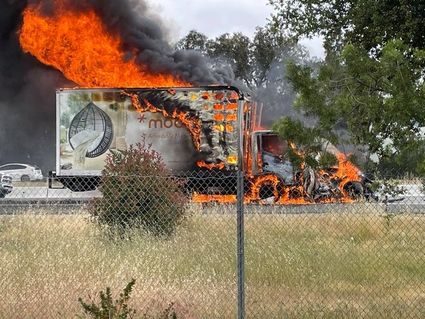 A box truck failed to stop in time before hitting a Prius, which engulfed both of the vehicles in flames and the Prius driver died before he could escape.

TEMECULA – A motorist was killed and another driver was injured Thursday, April 22, in a fiery three-vehicle collision on Interstate 15 in Temecula.

Kevin May, 47, of Fontana was at the wheel of a box truck directly behind a Prius and failed to slow down, causing his vehicle's "front end to collide into the Toyota's rear end,'' according to CHP representative Officer Lassig.

May, who was hauling furniture, is suspected of driving under the influence of drugs, Lassig said. He was hospitalized with moderate injuries at Inland Valley Medical Center, and has been arrested on suspicion of dr...