By Raf Casert and Barry Hatton
The Associated Press 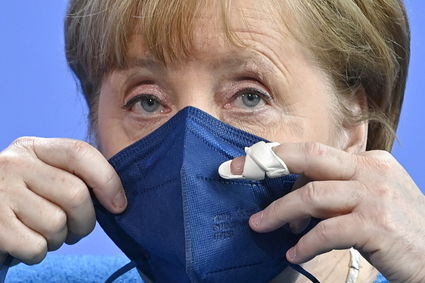 German Chancellor Angela Merkel puts her face mask on after a news conference after the informal EU summit and the EU-China summit in Berlin, Germany May 8. Merkel reiterated her stance that the shortage of vaccines worldwide would not be solved by a waiver of patents, as suggested by President Biden.

European Union leaders cranked up their criticism of the U.S. call to waive COVID-19 vaccine patents, arguing the move would yield no short-term or intermediate improvement in vaccine supplies and could even have a negative impact.

On the second day of an EU summit in Portugal, the European leaders instead urged Washington to lift export restrictions if it wants to have a global impact on the pandemic.

"We don't think, in the short term, that it's the magic bullet," European Council President Charles Michel said. French President Emmanuel Macron insisted that giving any priority now to a di...