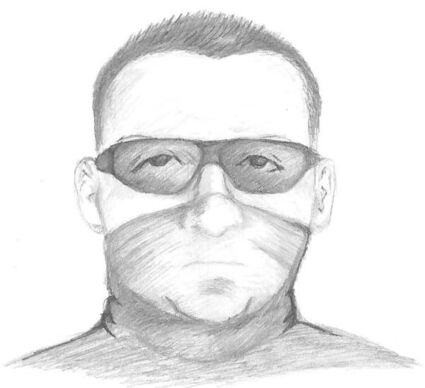 This sketch is of a man suspected in connection with an attempted kidnapping in Vista.

The San Diego Sheriff's Department Vista Station has released a sketch of a man suspected in the attempted kidnapping of a 13-year-old student at Roosevelt Middle School. Sketch of suspect released.

The incident was reported to the Vista Sheriff's Station on December 14 just before 6:30 p.m.

A 13-year-old-student at Roosevelt Middle School told deputies it happened on December 13 around 8:30 a.m., but she did not tell her parents about the incident until the next day because she was understandably upset and wasn't sure how to handle the situation.

She says she was on her way to a bus stop near the intersection of West Los Angeles Drive and Georgia Lane in Vista when a white van with no license plates passed her then made a U-turn. She told deputies a man got out of the vehicle and told her in Spanish to get into the van. He then grabbed the girl by her backpack and shoulder. She says she was able to escape by striking the man with her elbow. She then ran to the bus stop and the van drove away.

The student describes the man who grabbed her as a Hispanic man with a thin build and spiky brown hair. He was last seen wearing a black sweatshirt, black jeans, black scarf or mask and black sunglasses. The student is unable to provide a description for the driver who never got out of the van.

Sheriff's Detectives are continuing their investigation.

If you recognize the man in the sketch or have any information about this incident, call Crime Stoppers at (888) 580-8477. You can remain anonymous and be eligible for up to a $1,000 reward for information that leads to an arrest.

Here are a few safety reminders:

Use the buddy system and avoid walking alone.

Parents should plan, map out and practice safe routes with children before they head out on their own.

Teach your children not to talk to strangers.

Remind children to stay off cell phones. They should be able to hear their surroundings when walking to school or a bus stop.

Trust your instincts. If you feel you are being followed or something is not right, seek help immediately.

If a stranger grabs you, drop to the ground, kick, hit, bite or scream. Do whatever it takes to grab the attention of others who can help you.

Go to a trusted adult, a teacher, coach, parent, older sibling or law enforcement for help and report the incident immediately.