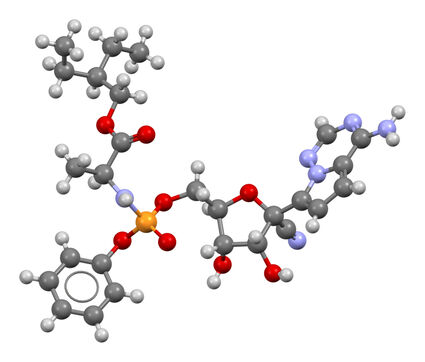 Remdesivir is a broad-spectrum antiviral medication developed by Gilead Sciences that was authorized to treat COVID-19 through the Emergency Use Authorization Act, which also releases the company from any liability.

The Centers for Disease Control and Prevention and the Food and Drug Administration Vaccine Adverse Events Reaction System (VAERS) database has about 800,000 adverse events (injuries) reported from the COVID-19 vaccines, including thousands of deaths. A whistleblower, who is a 25-year mathematician and health data statistician, is suing the Center for Medicare and Medicaid Services (CMS) because she says the number is underreported by a magnitude of 5.

Those deaths are being reported post-vaccine. Those deaths were the basis to rush in a vaccine under emergency use authorization, to save people from hospitalization and death.

Dr. Bryan Ardis, a chiropractor who lost his father in a hospital during the pandemic from kidney failure/ multiple system failure, believes it was Remdesivir. Ardis doubted what he was being told by the physicians and researched the treatments. What he has been reporting for the last year is that it wasn't the virus killing people as much as it was the treatment, specifically Remdesivir poisoning. Other doctors on the front lines who have successfully treated thousands of COVID-19 patients agree and in addition they report early intervention with antivirals is truly a safe, effective and inexpensive cure.

At the beginning of the pandemic, doctors were saying that people were dying from multiple system failures and they had never seen a virus do this before. An NIH Paperr referencing multi-system failure for COVID-19 patients can be seen online at https://www.ncbi.nlm.nih.gov/pmc/articles/PMC7533045.

Ardis points to the leadership of Dr. Anthony Fauci who pointed to Remdesivir as the best treatment. He referred to studies he was involved in to justify Remdesivir usage to every hospital in America. Before the COVID-19 virus pandemic, these two studies involved Remdesivir experiments and they went terribly wrong. Apparently, few doctors actually read the studies.

In an interview with German attorneys Dr. Reiner Fuellmich and Dr. Wolfgang Wodarg, Ardis said, "What got my attention was the New York doctors were reporting, 'When we're treating this new coronavirus. Within three to five days, we're seeing kidney failure. Because the virus we assume is attacking the kidneys.' I knew right away that wasn't the case."

"So I actually wanted to know if they were using Vancomycin on these people because this is a virus just like the flu. So I went on to the CDC's website to find out what they were actually treating COVID-19 patients with. And the CDC refers you to the National Institutes of Health website for the treatment protocol of COVID-19. And this is when the storm happened for me. When I opened the website, Anthony Fauci was declaring that there was this new drug that is mandated in all hospitals and used by all medical doctors in America called Remdesivir.

"And it is the only treatment to be used in all hospitals in America. And then it said specifically, 'cannot use hydroxychloroquine. It's proven to be dangerous for COVID-19 patients and you can't use chloroquine.' Now I have reviewed drugs that patients have been on for the last 20 years. I had never heard of Remdesivir. So I went to the Food and Drug Administration's website to find out any information about Remdesivir only to find out Remdesivir was never FDA approved to be safe or efficacious for any disease, but on the NIHS website, Anthony Fauci said, every doctor in the country has to use Remdesivir only. And there's these two research studies that prove Remdesivir is efficacious and warranted during this novel coronavirus. The first study quoted on the website was the Ebola trials on four experimental drugs in 2018," Ardis said.

"Then there was a second study, which was a cohort study, which was sponsored by Gilead, the manufacturer of Remdesivir, in March 2020," Ardis continued. "They had 53 COVID-19 patients from three countries, Japan, Canada, and America that they treated for 28 days. Now there were two links on the National Institutes of Health website that Anthony Fauci was quoting. All I did was click the first one. I wanted to see this research study on the Ebola virus that warranted Fauci dictating that we're going to use this non-FDA approved drug because of this research study on Ebola. In that study there were four drugs, Remdesivir, and the NIH experimental drug that Fauci put in, not Remdesivir, but a second one. And then two others.

"At six months of this one-year study, the safety board for the study found Remdesivir had the highest death rate of all four experimental drugs and pulled the drug from the study," Ardis explained. "It didn't even make it to the end of the study because it was so deadly. They also pulled the Anthony Fauci experimental drug he put in the trial because it was the second most deadly. So knowing this, he still pushed it on the masses."

According to Ardis, the side effects were: 22% of all 53 that had COVID-19 experienced these four lethal side effects, multiple organ failure, acute kidney failure, septic shock and hypotension.

"8% of them had to be taken off the drug on day five or 10 because they were dying from the poison of the drugs' effects on multiple organs," he said. "So 30% of these individuals experienced four life-threatening side effects of the drugs. Now acute kidney failure was the one that caught my attention because that's what killed my father-in-law.

"What were the medical doctors in New York saying in the media," Ardis asked. "'We've never seen a virus do this before, but when we start treatment, we're seeing a virus attack the kidneys and cause acute kidney failure. Not only in New York, and we are struggling to find ventilators. We don't have enough dialysis machines.'

"Well, I knew right away it was severe Remdesivir poisoning," Ardis said. "Anthony Fauci knew it was deadly because of the actual research study he was quoting. I could not believe that no one clicked the link to go look at the study to see what the results of the study with Remdesivir on Ebola virus were on the patients that warranted now Fauci (mandating) saying, 'You have to give it to coronavirus patients.'

"It was disgusting. It was never proven safe. It was never proven effective. And then I learned America was the only country from January 2020 until October 2020 to treat all COVID-19 patients with Remdesivir. Our country bought up all of the Remdesivir reserves," Ardis said. "And we were the only country that used it for the whole first 10 months of 2020. And which country had the most deaths in the entire world? The United States of America."

So, why did they poison them all to death with Remdesivir? Ardis knew it for two years before he said that it would be deadly.

In the Lancet, on April 29, 2020, a study out of China, "Remdesivir in adults with severe COVID-19: a randomized, double-blind, placebo-controlled, multicenter trial," was published. The study was stopped early because of adverse events in 18 Remdesivir (12%) patients.

Remdesivir clearly wasn't held to the same standards as other drug candidates.

Forbes reported in a Remdesivir story they wrote, "Normally, a drug is only approved for use by a regulatory body like the U.S. Food and Drug Administration if it meets the two criteria for safety and efficacy. Nonetheless, in October 2020, Remdesivir was granted approval by the Food and Drug Administration based on promising data from relatively small trials with about 1,000 participants.

A large-scale analysis was done by the World Health Organization's Solidarity trial consortium. It found Remdesivir ineffective and as a consequence WHO recommended against the use of Remdesivir in COVID-19 patients.

Ivermectin and Hydroxychloroquine are both listed as critical medicines with the WHO and have been proven safe and effective for decades and in early treatment of COVID-19 in countries around the world at a cost of just a few cents each.

Unlike Remdesivir, Ivermectin and Hydroxychloroquine have had hundreds of safety studies. One NIH study reported in June 2020, "Based on all such evidence, we hypothesize that HCQ and ivermectin could act in a consequential and synergistic manner. Indeed, HCQ would behave as a first-level barrier by inhibiting the entry of the virus into the host cell, while ivermectin could reduce viral replication if the virus did get in, strengthening HCQ antiviral effects. HCQ is cheap to produce and safe if monitored properly. Ivermectin seems to be safe and well tolerated, with no serious drug-related adverse events."

The study can be read online by visiting, https://www.ncbi.nlm.nih.gov/pmc/articles/PMC7146719/

Remdesivir, on the other hand, is an expensive drug costing about $2600 per five-day treatment and for a hospital with hundreds of COVID-19 patients, it's millions of dollars, as opposed to existing safe and effective inexpensive drugs used elsewhere around the world.

Forbes points out that the price could be cost-effective if Remdesivir saved lives, but it's also being made available for milder cases and WHO found that it isn't a lifesaving drug.

After the WHO found Remdesivir ineffective at best, it has been speculated that it may be the next scandal, much like 'Tamaflu' which was supposed to block the flu. Governments started stockpiling it and paying billions to the manufacturer only to have researchers gain access to the drug's unpublished data showing it had many side effects and only shortened the duration of flu symptoms by a few hours. Its cost was $75 a treatment.

COVID-19 has been a windfall for the pharmaceutical companies with U.S. tax dollars. The truth about the fatality rates is becoming clear.

Physicians that reported early the death rate of less than 2% are now being vindicated. The CDC is now admitting that all the COVID-19 deaths were not actually from COVID-19, but patients who died from something else but who tested positive for COVID-19. Those patients may not have even been showing symptoms, all they had was a positive test, which may have been a false positive.

The reported adverse effects range from 800,000 to millions depending on the reports and data now shows post COVID-19 unvaccinated are more protected long-term than the vaccinated.

The reason COVID-19 was more deadly in the U.S. than in other countries was likely the bloated reporting, incentivized by the CARES act, bad recommendations to use Remdesivir which at the very least was ineffective and at the most killed people by way of kidney failure.

The British Medical Journal recently published an article implying that the story of Remdesivir is another scandal waiting to happen.

And now our handlers want to mandate that all children receive the experimental vaccine when there has been no proven danger and death, and little to zero risk from COVID-19. Again, I repeat- the risk/benefit doesn't make sense. It's all for corporate greed. According to Ardis, "Since the shots have started, there's already been over 4,200 reported occurrences to the CDC of multi-system inflammatory syndrome in children (MIS-C a new classification since 2020), and already over 40 deaths of children reported to the CDC."

The Food and Drug Administration and the CDC are not completely reliable anymore. There's corruption and greed that have played politics and gotten in the way between doctors who are on the front lines and their patients. We are worse for it. People are damaged and others have died. The insanity must stop.