Man arrested for impersonating a deputy 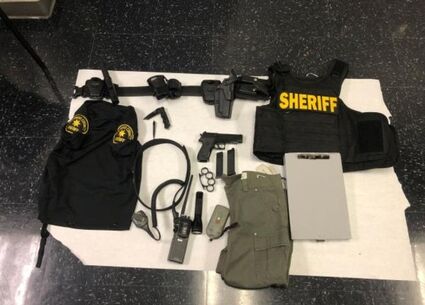 The Fallbrook Sheriff's Substation detectives are looking for more victims after a man was arrested for impersonating a deputy in North County.

Michael Carmichael (DOB: 05/03/2001) is accused of conducting ten other fake traffic stops in the unincorporated areas of Bonsall, Fallbrook and the City of Oceanside since August of last year, according to a press release from the Sheriff's Department.

During these alleged stops, Carmichael was reported as driving a 2009 Silver Toyota Camry with flashing red and blue emergency lights inside similar to the image you see below.

A man is in custody after being caught impersonating a deputy in the North County.

On Monday, June 13, just before 2:00 a.m., a deputy with the Fallbrook Sheriff's Substation drove by what appeared to be a traffic stop at the intersection of South Mission and Winter Haven Roads in Fallbrook.

The silver car had emergency strobe lights in the front and back. The deputy also saw a man wearing a black shirt with San Diego County Sheriff's Department patches, a gun belt with a gun in the holster.

The uniformed deputy turned around to assist what he initially thought was a plainclothes deputy. As the deputy approached, the man ran into his car and drove away. The deputy tried to pull over the suspect, but the driver kept going. At some point, the suspect turned off all his lights making it too dangerous for the deputy to follow the suspect.

As the deputy continued to check the area, he came upon a crash scene. Responding deputies pulled the suspect out of the car and quickly extinguished a small brush fire sparked by the crash.

Michael Carmichael (DOB: 05/03/2001) was treated at a hospital and then booked into Vista Detention Facility on charges of impersonating a peace officer, felony evading, possessing a baton and brass knuckles, as well as false imprisonment.

An acquaintance was riding with Carmichael at the time of the incident. The woman had minor aches and pains from the crash and was checked by paramedics at the scene. Detectives spoke to her and determined she had no involvement in Carmichael's impersonation.

The woman who was initially pulled over by Carmichael was not hurt. 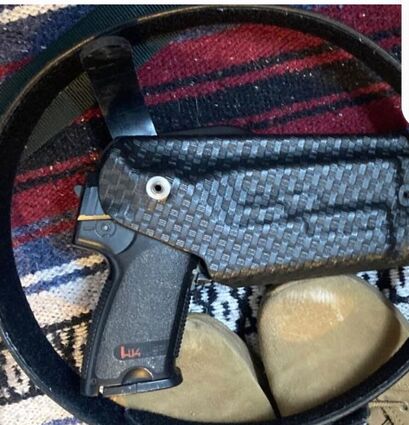 A search warrant was served at Carmichael's home in Oceanside this afternoon. Deputies found additional items that could be used to impersonate a deputy, police officer or security guard. All the guns seized today were replicas.

The Sheriff's department is reminding residents if you have concerns about being pulled over by an unmarked vehicle, turn on your emergency flashing lights so the deputy can see you acknowledge them. Call 9-1-1 or the Sheriff's non-emergency line at (858) 565-5200 to verify the Sheriff's Department has an unmarked unit in the area and the person conducting the traffic stop is indeed a Sheriff's Department Deputy. You also have the right to ask a deputy for identification such as a photo I.D., badge and business card. Pull over into well-lit and busy area for other people to witness the interaction or traffic stop.