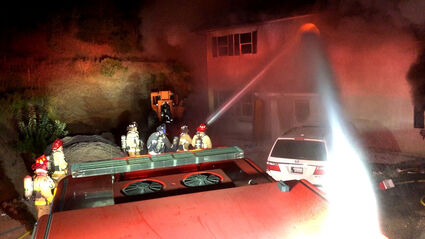 North County Fire Protection District responded to the scene of a structure fire located in the 4200 block of Paso Del Lagos in Bonsall Thursday night, June 10.

Firefighters arrived at the location to find the house, which was under construction fully involved, Choi said.

The homeowners and their two dogs were accounted for.

Choi said that the department faced some unique challenges fighting the blaze.

"We had a couple of significant chall...