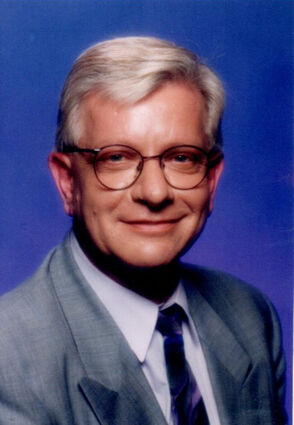 Jurgen W. Kogler, MD of Fallbrook died Sunday, Sept. 4, at home with family, from complications of leukemia. Born in Essen, Germany in 1941, he studied Ancient Languages at Gymnasium Bruhl, and attained his MD at the University of Cologne.

He moved to the U.S. in 1969 as a medical resident, working first in Chicago, then Denver, then Dallas, followed by seven years at Memorial Sloan-Kettering in New York. He was triple boarded in Internal Medicine, Oncology and Hematology.

He moved to San Diego in 1981 and in 1985 joined Oncology Associates of San Diego where he provided cancer care to patients in the National City and Chula Vista as well as the San Diego Metropolitan area and was on staff at Mercy Hospital and Sharp Memorial Medical Center.

A gifted clinician, he was known for his diagnostic skills and unwavering commitment to his patients. After retiring from OASD in 2008, he spent a year seeing patients at the Los Angeles VA and worked with the Oncology Fellowes at UCLA. In 2010, he started work in research, ran trials for the FDA, and analyzed treatment protocols for independent research organizations. He retired as a Medical Director from Oncology Analytics in May 2021.

He was self-possessed, brilliant, determined, adventurous, intuitive, and succeeded at everything he attempted. Above all, he was ethical, responsible, and devoted to his family. He had a deep and private faith in God and enjoyed philosophical and theological discussions.

He was a natural athlete, a strong tennis player, a Black Belt in Karate, a talented guitar player, a relentless chess opponent, and an excellent dancer. He loved words and languages. He was dry, witty, charming, wise, and thoughtful. He was deeply loved and will be sorely missed by his friends and family, his dogs Macey and Zero, and his particular cat, Spook.

A memorial service will be held Saturday, Oct. 1, at 11:30 a.m. at SonRise Christian Fellowship, 463 Stage Coach Lane, Fallbrook. Lunch and reception will follow the service.

The family requests those who wish to express sympathy to consider making a donation to The International Fellowship of Christians and Jews, 303 East Wacker Drive, Suite 2300, Chicago, IL 60601, or http://www.help.ifcj.org.