Motorcyclist injured in I15 S accident

Freeway is still stopped, but lanes are now open

On the I15 S. a motorcycle and truck collided. The motorcyclist landed in the center divide and was transported to an area hospital.

UPDATE: As of 8:50 am, NCFPD PIO John Choi is reporting that the motorcycle rider was transported to the hospital with minor injuries.

UPDATE: As of 8:38 am North County Fire PIO John Choi is reporting that they are still on scene and all lanes are open again. Drivers are reporting the freeway is still at a standstill.

8:14 am a rider was injured during a motorcycle accident with a small silver pickup truck just north of SR 76 on I15 S, according to the CHP. The motorcycle rider was thrown to the center divide and is being attended to. Traffic is backed up for miles as lanes 1 and 2 were blocked. 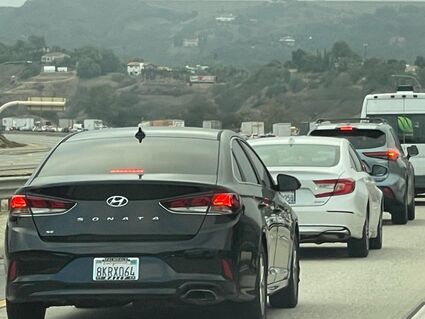 Traffic is backed up on I15 S. after a motorcycle and truck collided.