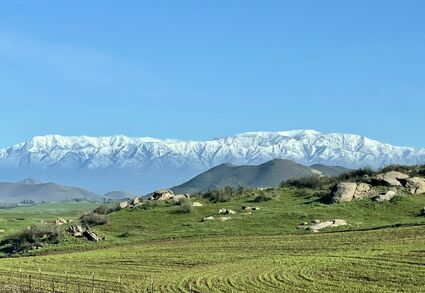 Snow on local mountains is expected to continue.

At 9 a.m. Sunday, radar showed a smattering of showers across San Diego County and all sites reporting rain showed less than one-tenth of an inch, according to the National Weather Service.

A lower snow level could allow for heavier snow accumulations in mountain communities through Tuesday morning as progressively colder air is drawn southward. Scattered rain, snow, and ice pellet showers were likely to persist through Tuesday.

Moisture was likely to be more limited than Saturday's heavy downpour, so the flooding threat should diminish. The final wave in this series was expected to move over the region Tuesday night and should bring an end to the showers.

A large long-period west swell was expected to continue to generate combined seas of 7 to 10 feet on the coast Sunday morning. Southwest to west winds of 15 to 20 knots with gusts to 25 knots and rough seas could occur through much of Sunday. Stronger southerly winds and high combined seas should develop late Sunday night and persist through Monday as another storm and a large west swell move in, with hazardous winds and seas persisting through Tuesday. The small craft advisory has been extended into Tuesday evening.

High surf of 5 to 8 feet was predicted for Sunday at San Diego County beaches. A slight decrease in surf was possible on Monday before another west swell producing more elevated surf Monday night through Tuesday, mostly remaining below 10 feet. The surf may gradually lower Tuesday night and Wednesday, with no high surf expected the rest of the week.