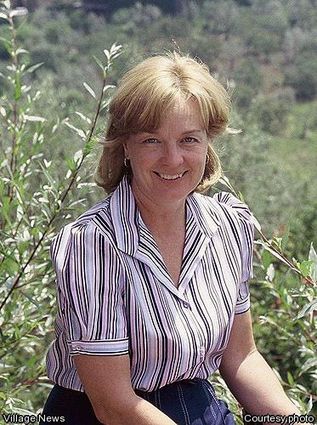 Karen Tucker, 69, died on December 11, 2008, from complications of cancer at Scripps Memorial Hospital in La Jolla.

Tucker and her husband, Wallace, along with four other couples, founded the Fallbrook Land Conservancy in 1988. She served as chairman of the acquisitions committee and as a member of the executive committee.

She was also involved in countywide conservation efforts, helping to found the Center for Conservation and Education Strategies, a networking group for environmental organizations.

With Wallace, she coauthored three popular level books on astronomy. She also worked for 20 years as a science writer at the Harvard-Smithsonian Center for Astrophysics in Cambridge, MA, where she received a distinguished service award for her work as a founding member and science writer for the Education and Outreach program of NASA’s Chandra X-ray Observatory project.

Born in Pryor, OK, in 1939 to Kellen and Alma Slagle, she later moved with her family to McAlester, OK, where she attended high school and met Wallace. Shortly after graduation in 1957, she and Wallace eloped before he was scheduled to go into military service.

In 1972, Wallace resigned his position as leader of the theoretical physics group at a high-tech company in Cambridge to pursue a lifestyle that would enable them to work together.

For many years they split their time between Fallbrook, where they worked on writing, land conservation and other projects, and Cambridge, where they both worked at the Center for Astrophysics.

Karen was known among her friends and coworkers for her infectious laugh, sense of humor and ability to put things in perspective.

A celebration of Karen’s life will be held at noon on Saturday, December 13, at the Palomares House at 1815 South Stage Coach Lane.

Contributions in her memory may be made to the Fallbrook Land Conservancy, PO Box 2701, Fallbrook, CA 92088.