Is taking care of America's elderly a top priority? 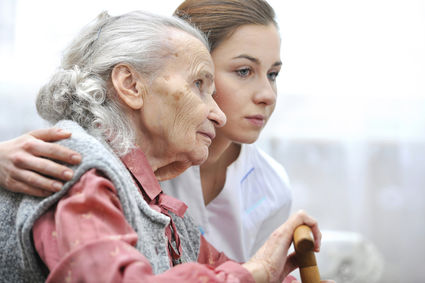 During a recent visit to Copenhagen, I squeezed in a visit with city officials to learn more about the Danish health system particularly the country’s arrangements for long-term care, a topic that draws endless complaints from American families, including many readers of my articles.

Coincidentally, the day I returned home, I learned the Centers for Medicare and Medicaid Services (CMS), which runs both programs, had just released star ratings for the country’s home care agencies that provide services to nearly five million Americans. The home health industry did not shine brightly. Only three-quarters of the agencies gave the government enough data for a rating. Nearly 50 percent of those that did provide data earned a mediocre three stars out of five. Twenty-eight percent earned two stars or below while fewer than three percent got five stars.

Is that good enough? Industry representatives complained that agencies, which didn’t get high scores, might go out of business because hospitals won’t refer patients to them. That’s the point. Families can now use the ratings to identify bad agencies.

I put all this in the context of my visit with Danish officials who told me satisfaction with elder services in Denmark has been consistently high over the years, hovering around 90 percent for both nursing facility and home care including personal and practical help like shopping and doing laundry. Funding comes from both the national and municipal governments, but municipalities pay most of the bills and can adjust services to fit the needs of their communities. And, yes, Danes do pay high taxes for their health services. But families do not have to spend their assets and income to become poor enough that Medicaid will pay their bills. Nor do they have to fret about losing the family farm as some readers told me they have done.

"By being a citizen, you have rights to quite good care not based on how much money you have," said Anders Jakobsen, a former official in the Danish Ministry of Health. "You pay your share of taxes during your working life and the money is there when you need it."

In Copenhagen, personal care and practical help such as house cleaning and shopping are free to those who need them. So are in-home nursing services; assistive devices and technologies that make it possible for people to stay in their homes; and care in nursing or residential homes.

Danes do pay nominal amounts for some things such as help with laundry and food delivered to their homes, which run about $7 for the daily big meal. Jakobsen says there appears to be no waiting lists for municipal food services. Waiting lists for home-delivered meals are common in the U.S. because of funding shortages. While care in a nursing home is free, Danes do contribute an amount considered rent on the assumption they would have to pay to live somewhere. That contribution is low. For most people it’s about 10 percent of their income.

Do differences in payment systems allow for more humane care at the end of life – that holy grail Americans say they want? I can’t say based on my short visit, but I did detect an attitude about elders not always found in the U.S. "A nursing home is not a hospital or a semi-hospital. It’s the old person’s home," Helle Schnedler, chief of elder care, explained. In the U.S. where the annual tab for nursing-home care can be $100,000 or more, too often we think of nursing facilities as old-age warehouses. And we know from many media investigations care can be substandard. ProPublic, the non-profit newsroom, reported in July more than 100 nursing home residents have died or been injured over the past few years because staff failed to adequately adjust their doses of Coumadin, a potentially dangerous drug if not dosed correctly. Despite the well-known dangers, CMS inspectors have paid little attention. It all comes down to funding priorities and which groups have the most claims on the public purse.

Dr. Joanne Lynn, a well-known expert in end-of-life care, told me funding is not always available for substitute caregivers when someone breaks a wrist or needs meals right after a hospital stay.

"I can order up a $100,000 prescription for a cancer drug for my most demented patient in a nursing home, but can’t get a nurse therapist to make a person smile."