Flynn was set up by FBI, documents indicate 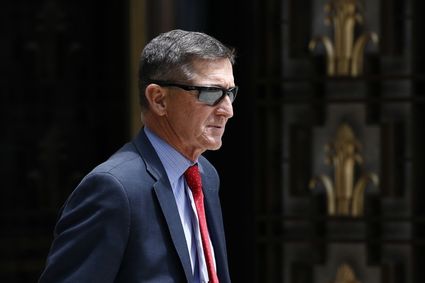 In this Monday, June 24, 2019, file photo, Michael Flynn, President Donald Trump's former national security adviser, departs a federal courthouse after a hearing in Washington. Trump said Sunday, March 15, 2020, that he is considering a full pardon for Flynn, who had pleaded guilty to lying to the FBI about dealings with Russia's ambassador before Trump took office. AP photo/Patrick Semansky, file photo

The belief that Lt. Gen Michael Flynn was set up by the FBI has been backed up by a string of evidence in documents released by the Department of Justice.

Flynn, former head of the Defense Intelligence Agency and former national security adviser to President Donald Trump, pleaded guilty in 2017 to one count of lying to the FBI.

On May 7, however, the DOJ dropped the case against him, saying that when the FBI interviewed Flynn Jan. 24, 2017, the investigation into him was "no longer justifiably predicated" and "seems to have been undertaken only to elicit thos...