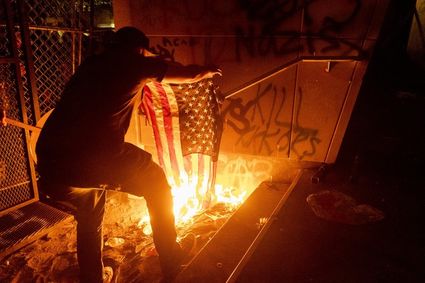 PORTLAND, Ore. (AP) — Protesters outside Portland's U.S. courthouse set a fire in the building's entryway early Monday in yet another night of conflict with federal agents who repeatedly tear gassed the demonstrators to drive them away, officials said.

Authorities over the weekend erected large fences around the building in an effort to keep away the protesters who have been on Portland's streets daily since the police killing of George Floyd in Minneapolis nearly two months ago.

But video posted online showed protesters taking down the fencing and a statement from Port...