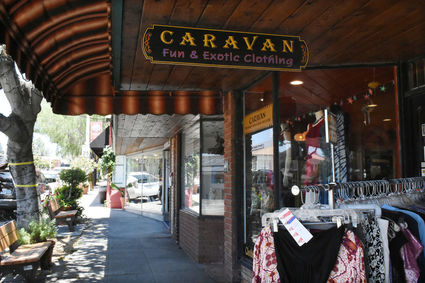 Caravan, in Fallbrook sells unique, one-of-a-kind items from all over the world.

Fallbrook resident Leslie Sommers has been a retailer in the area for the past 17 years.

Her shop, Caravan, at 109 N. Main Ave. is home to unique and inspired, one-of-a-kind clothing items.

Sommers, who will be 61 years old next month, first started in retail back in high school before moving to radio.

"I started working in radio in Michigan in 1978 and really got into punk and new wave," Sommers said. "There was nowhere to buy cool clothing, so I thought I'd open a clothing store.

"I had a little store called All Systems Go in the funky part of town, and I started bringing in fun clothing and I discovered I really liked doing this," Sommers said.

She likes going on a treasure hunt for unique clothing pieces.

"I used to buy in New York and Chicago back in the days in Michigan and then I moved to California in 1983," Sommers said.

After she couldn't get a job on the air, she went back to retail.

"I ended up working back in retail for some very high-end stores where I could actually make my living in two days," she said.

Later, her father asked her why she didn't start her own clothing store, she said.

Sommers bought a lingerie shop that was for sale shortly after and ran that business for 17 years before she began helping other people put their clothing stores together.

Finally, in 2004, Sommers opened her own retail store in Fallbrook.

"I've managed to survive 17 years as a retailer in Fallbrook, 15 here and two in Jackson Square," Sommers said. "That's a small miracle in Fallbrook."

Sommers said she tries to buy items made from all over the world.

"I try to support countries that could use our money," she said. "So I have things from Peru and Nepal, India, Thailand, Vietnam, Guatemala, Japan, Turkey. I work really hard to find interesting and unusual things, but I'm into natural fiber, so a lot of things are cotton, silk, rayon."

The coronavirus pandemic has had a large impact on her business, she said.

"Customers that came from faraway places, we're not seeing them," she said. "They're not traveling; they're not shopping. Who's going anywhere?"

The shop reopened at the end of May, after the mandatory shutdown occurred in mid-March. When she came back, she quickly changed out her inventory removing all the winter clothing. 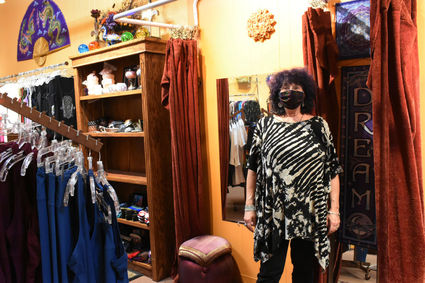 Caravan shop owner Leslie Sommers has been selling fun and unique clothing for the past 17 years in Fallbrook.

When they first reopened, the shop was doing well, Sommers said.

"Since they've made the announcement for shutting down nonessentials (again); flatlined," she said.

"It isn't just our town; after 40-something years in this business talking to my reps and various people, everybody is telling me how slow it is everywhere," Sommers said. "It's not just California. It's not just Fallbrook; it's just where we're at."