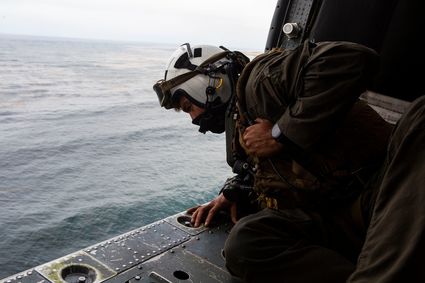 SAN CLEMENTE ISLAND (CNS) - Seven Marines and one Navy sailor are presumed dead today after the military called off its search for the troops,

who went missing after an amphibious vehicle sank during a training mission Thursday.

One additional Marine was rescued, but later died, and two others remain in critical condition, in the aftermath of the incident that occurred 80

miles off the coast of Encinitas.

"It is with a heavy heart that I decided to conclude the search and rescue effort,'' said Col. Christopher Bronzi, the commanding officer of the