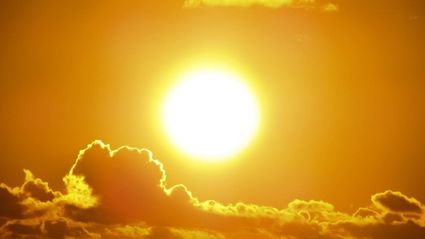 SAN DIEGO (CNS) - Another day of scorching heat baked San Diego County Tuesday, Aug. 18, with relief not expected to arrive until this weekend, according to the National Weather Service.

High pressure over the southwestern United States was expected to peak today, then weaken slightly for the latter half of the workweek, forecasters said.

An excessive heat warning is posted until 10 p.m. Thursday in the San Diego County valleys, mountains and deserts.

The California Independent System Operator, which manages about 80% of the state's electricity, warned of possible rotating blackouts Tuesday in order to conserve power during the heat wave. A statewide Flex Alert remains in effect from 3 p.m. to 10 p.m. Tuesday and Wednesday.

While San Diego Gas & Electric customers throughout the county experienced outages on Friday and Saturday, a round of blackouts expected Monday did not occur.

SDG&E, which announced Monday afternoon that outages were expected to affect potentially more than 100,000 customers, said the blackouts were ultimately avoided ``in part thanks to local residents and businesses heeding the call to cut back on energy usage.''

The NWS urged residents to drink plenty of fluids, stay out of the sun and check on relatives and neighbors. Also, young children, seniors and pets should be never be left unattended in a vehicle, with car interiors able to ``reach lethal temperatures in a matter of minutes,'' according to the NWS.