Marijuana dispensary shut down in Fallbrook 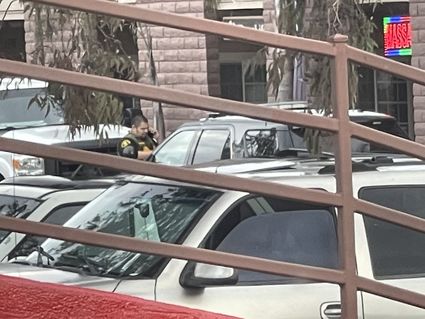 The establishment was selling marijuana and products containing marijuana without a license. In the past three years, there have been three large raids on illegal marijuana dispensaries in Fallbrook and Bonsall.

There were eight deputies who participated in the latest raid, including Deputy Ethan Miedecke. Miedecke has been working as a narcotics deputy in Fallbrook for two and a half years. He was previously employed by the San Diego County Sheriff's Department in Vista for 14 years.

"They were a fully operational marijuana dispensary," Miedecke said. "It is an open case, and code enforcement still has to do their process."

During the raid, three employees were arrested, but the owner was not there to be arrested. At this time, the owner has not been arrested, he said.

"The employees did not seem rattled," Miedecke said.

The owner of the raided dispensary has 30 days to file an appeal and obtain a license from the Bureau of Cannabis Control. Until then, the dispensary will be shut down.

It has not been determined whether or not the owner will choose to file an appeal and sell marijuana legally.