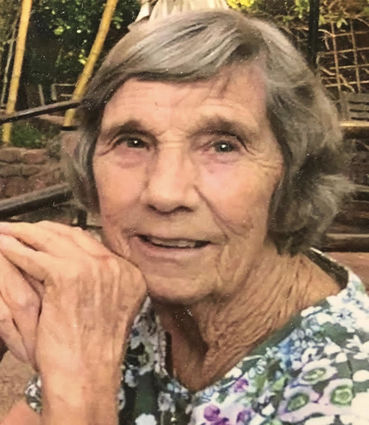 She spent her childhood in the small farming town of Park River, North Dakota, where the family homestead still stands. The family moved to Thief River Falls, Minnesota, where Audrey attended high school. She was president of every club at the high school as well as editor of the school paper. We always said that that's where she started honing her extraordinary organizational skills!

While attending Moorhead State Teachers College she met her future husband, Donald Corcoran. After college, she taught for a year at Mount Marty College in Yankton, South Dakota, a request her mother made of all her daughters so that they could prove to themselves that they could support themselves if the need ever arose. That year completed, she married Don "Corky" Corcoran on July 14, 1951 in Thief River Falls. After living in both North Dakota and Minnesota, Don and Audrey settled in Fallbrook in 1964 and lived in the same home until their deaths.

Audrey was an amazing mother. She raised nine happy, successful children. Both Audrey and Don had a gift for parenting that gave all their children amazing role models. We can only hope that we can do as well.

Because of pandemic concerns, private family services are being held.