Fire in DeLuz stopped at 1/2 acre 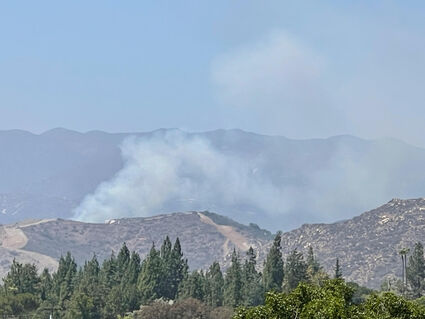 Smoke from DeLuz fire as seen from north of town near Hillcrest.

A fire was reported in DeLuz today at 12:53 pm. According to NCFPD PIO John Choi, CalFire was the lead agency assisted by North County Fire Protection District and Camp Pendleton. There was also helicopter support. The address was reported to be 38666 DeLuz Rd. Choi said, "There were no injuries and it isn't known yet how it started. We were able to stop the forward rate of burn at one-half acre." 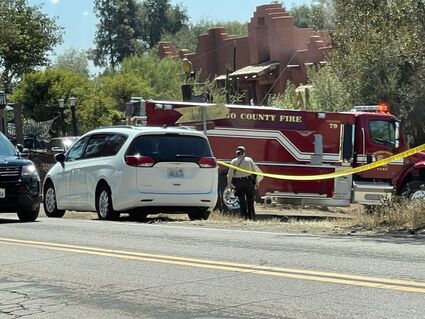 Fire personnel are parked near a house before hiking back into the hills to fight the fire reported at 12:53 pm.