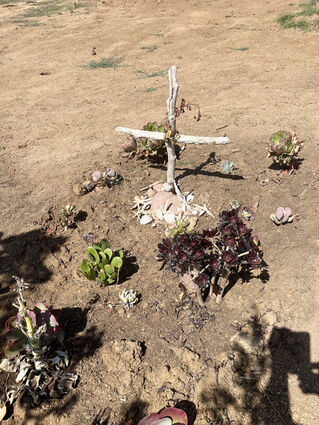 Fallbrook Masonic Cemetery is one of two in Southern California offering the natural or green burial option.

Marking its Centennial Anniversary this year, the Fallbrook Masonic Cemetery staff is busy sprucing up the property. New grass is growing, and the grounds crew increased from three to five with its list of projects and improvements, said Kathy McGoldrick, manager since 2018.

The manager said the grass grows in cycles and about half of it was turning brown last year. It wasn't affected by the drought since there well water is used, powered by solar.

Prior to hydro-seeding in April, headstones were leveled and the ground tilled.

"It's looking great now," McGoldrick said. "Now we're working to eliminate the weeds that have grown with the grass."

The cemetery – the only active one in town – is located at 1177 Santa Margarita Road.

The cemetery has 7,000 interments, with eight of its 10 acres developed. McGoldrick said there is plenty of property for another 5,000 burials. The number of buried would be greater, she said, had not the cemetery business slowed from 1922 to the 1970s.

McGoldrick said cremation niches for an individual or families are becoming more popular, as well as a new area in the cemetery for green or natural burials. That area is called "Rest in Nature" and the Fallbrook cemetery is one of only two in Southern California where it is available. The other is Joshua Tree Memorial Park.

The green funeral approach is far easier on the environment. It doesn't use embalming fluid, a traditional casket, a concrete ground burial vault, or fossil fuel powered equipment for digging the burial plot.

Instead, it maintains and protects the natural habitat. The body is placed in a shroud or wicker basket and placed in the soil in a manner that doesn't inhibit decomposition but instead allows the body to recycle naturally. If there's a grave marker at all, it's something natural like a bush or indigenous rock, according to the Green Burial Council.

The cost for a green burial is less than a traditional burial, McGoldrick noted. 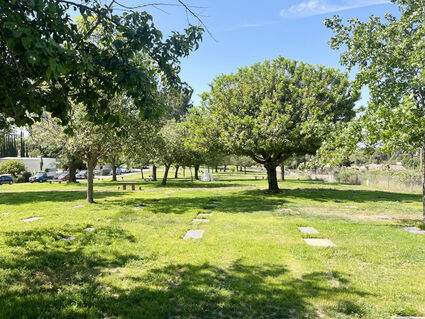 The sign overhead Fallbrook Masonic Cemetery says it opened in 1921. McGoldrick said the cemetery's first major event was a Memorial Day service in 1922. The cemetery has veterans buried from World War I, World War II, the Korean War, and the Vietnam War.