OPINION: At what point do unborn babies have civil rights? 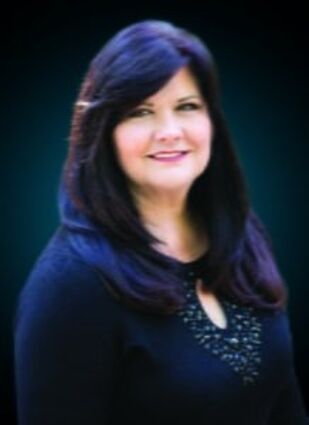 The abortion debate is so emotionally heated on both sides, and for good reason, because what is at the center of it is the intrinsic value and ownership of a human life. How does it affect the debate if you remove the woman from the equation? Because it is no longer only a woman who can create life. Now human life can be created in a lab.

I was told last week that some scientists were recently reprimanded for growing human fetuses in their garage. My first reaction, of course, was "Oh come on, seriously? That didn't happen!" But as I thought about it, it is happening in other countries and probably ours too. The person said, "These babies had brains. They were little humans "

Does it matter? If they lived in a womb they could be killed. If scientists were able to bring a baby to the point of viability in a lab, or even just shy of viability, is that ok? Does that fetus/baby have any rights?

Would it be ok to experiment on it or, like in China, harvest organs from it while it is still alive? Could someone make an industry out of it? Remember Planned Parenthood got in trouble for selling baby parts from the aborted babies?

So many questions. What if it's demise was for the good of the whole population? What if it saved lives like with lab rats or mice? Does it have civil rights? Does it matter where it resides or who "owns" it? It seems far fetched but its not really, and taking the debate to extremes helps us to figure out where we stand on issues.

In the aftermath of overturning Roe vs. Wade and returning the legislative power back to the states, it's more than just a debate about when life begins. It's a debate about ownership of that new person and the civil rights of that human being. Does it have the constitutional right to life, liberty and the pursuit of happiness?

Can little humans be created for experimentation or abuse? At 9 weeks in utero a fetus's trigonometric nerve between the eyes flinches when induced by pain as it does after it's born. It feels pain, like being stuck with a needle. Does that unborn human have the right to not be hurt or abused? What if it is in a lab? Does the residence of that baby matter?

Science has played a crucial part in our debate for sure. I remember in the 70s we were told that the fetus was like a tadpole, certainly not a "baby." Boy were we shocked when ultrasounds were available and we could see a perfectly formed little human being in just a few weeks!

It's so important that we allow the scientific, cultural,  ethical, political and spiritual debate because it's one of the most important, I believe, in our country's history. Just like the foundation of inalienable rights, just like civil rights.

The debate is getting more complicated with the ability to create little humans for whatever purpose our self-serving minds can fathom. We need to know where we stand. It's not just political.

It seems far-fetched for people who couldn't fathom one human hurting another  innocent young person, but we need to wake up and be ready.  The world is full of authoritarian leaders, child abusers, pedophiles and unscrupulous people, even well- meaning people in the name of science with the ability to manipulate and create human life through DNA technology.

At what point do we ask guidelines to be set up to protect human life?  Where is the line drawn?  At what point does creating human life need to be regulated? This is no longer only about a woman's right to choose and her body.  It is about humanity creating guidelines out of the dignity of our own species. Without rhetoric, insults and accusations, we need to courageously encourage the debate.

God help us because I believe one of the most defining attributes of a culture is how it treats those who are the  most vulnerable.

Your voice is important. Give us your thoughts by submitting a letter to the editor at [email protected]