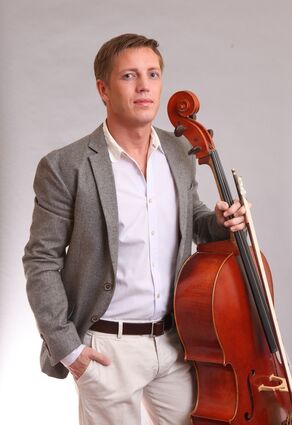 FALLBROOK – The October Freaney and Friends free concert will happen earlier this month on Tuesday, Oct. 11 at 1 p.m. in the Community Room at the library. It will feature cellist Ruslan Biryukov, known for his "superb artistry, passion and individuality." He represents a new generation of creative professional musicians whose artistic level is recognized not only by awards, but also by a worldwide audience.

Principal cellist for the Temecula Valley Symphony and the Huntington Beach Symphony orchestras, founder of the Glendale Philharmonic orchestra and the Los Angeles Cello Quartet, Biryukov has performed throughout the world. He is the only cellist ever invited to perform for 10 consecutive years solo recitals at the Sundays Live Concert Series in the Los Angeles County Museum of Art.

Biryukov has resided in California since 2003. He was awarded permanent residency from the U.S. government as an "Extraordinary Ability Artist." The title means that he has "sustained national or international acclaim and the achievements have been recognized" in his field, according to the U.S. Citizenship and Immigration Services.

The concert is supported by the Friends of the Fallbrook Library. The library is located at 124 S. Mission Road.

Submitted by the Friends of the Fallbrook Library.