Fallbrook 4-H at it again 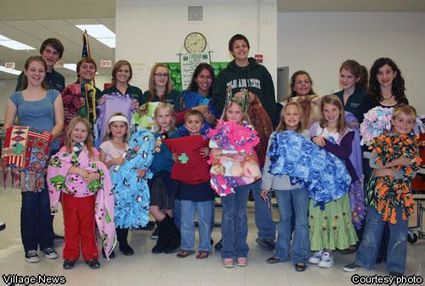 The Fallbrook 4-H Club has been involved in many activities the past month. First, club members participated in the Fallbrook Christmas Parade on December 1, where they walked alongside some of their animals, rode bikes and had a fun time.

Then the group had its monthly 4-H community meeting where the members heard a guest speaker, Mr. Bolt from Glory Be. Glory Be is a local business that sells 4-H and FFA collectibles, among others.

All members present were given a surprise and heard an uplifting message.

The members spent the rest of the meeting making fleece blankets for fire victims. The 4-H Club wanted to raise the spirits of those who lost homes in the fire and hoped that these blankets would show they cared.

Then, on December 7, a group of Fallbrook 4-H members traveled to the San Diego Wild Animal Park, where they volunteered at the Festival of Lights.

Many of the project groups had their monthly meetings, which were holiday themed. Beginning 4-H visited the sheep group meeting at the Morrison home, where they saw eight newborn lambs, played lamb Bingo and had a gift exchange. The Floriculture group visited Sunlet nursery, which specializes in indoor and outdoor color. 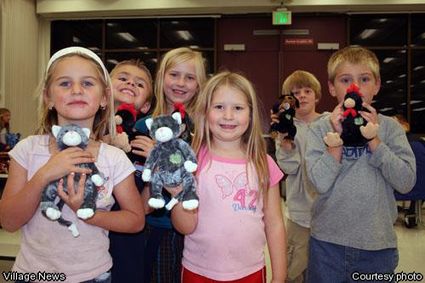 As the new year approaches, members will be making plans to pick out their market animals for the fair and craft, cooking and sewing project groups will be able to enter items at the Youth Fair in May and the San Diego County Fair in June.

The fair will run June 14-July 6 with Market Week the last week.

Just a reminder: there is no January community meeting.

Enjoy the holiday season and see you in the new year!