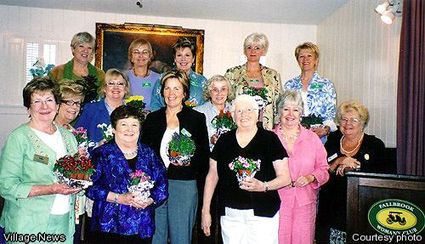 The new board of directors of the Fallbrook Woman

The Fallbrook Woman’s Club installed the new board of directors for 2008-2009 at their May general meeting. Della Bond, GFWC Area D vice president, installed the new officers with a theme of rainbow colors from the garden. Karen Feyler will serve her second term with new co-president Debbie Zumwalt.