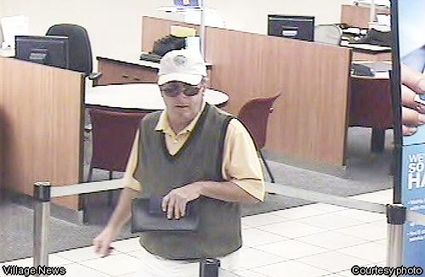 The Federal Bureau of Investigation (FBI) and the San Diego Sheriff’s Department are seeking public assistance in identifying an unknown male responsible for robbing the Washington Mutual Bank, located at 1091 S. Mission Road, at approximately 5:55 p.m. on Thursday, February 26.

According to a FBI press release, the robber entered the bank, approached a teller, and presented a demand note for cash. After receiving a sum of money, the suspect exited the bank and fled in a silver two-door Honda.

Witnesses said the suspect was “confident” in asking for the sum of cash, ev...