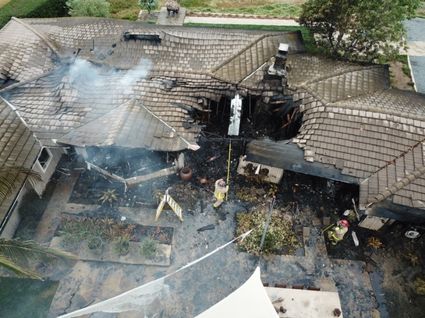 This house in the the 31000 block of Via Puerta Del Sol in Bonsall burned the morning of June 5.

SAN DIEGO – San Diego County Crime Stoppers, along with investigators from the San Diego County Sheriff's Bomb/Arson Unit, are asking for the public's assistance in providing any information on a suspicious house fire in the Bonsall area. 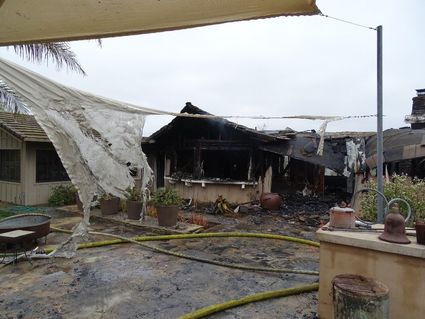 On June 5, at 4:51 a.m., Sheriff Deputies, along with the North County Fire Department, responded to a residential structure fire in the 31000 block of Via Puerta Del Sol in the community of Bonsall. The Sheriff's Bomb/Arson Unit was requested and responded to the location to conduct an investigation into the cause of the fire.

No injuries occurred as a result of this fire. The damage caused to the structure is estimated at $900,000. The cause of the fire is still under investigation. Investigators are asking any witnesses to this fire to please contact them.

Crime Stoppers is offering up to a $1,000 reward to anyone with information that leads to an arrest in this case. Information on how to send anonymous web and mobile app tips can be found at http://www.sdcrimestoppers.org.