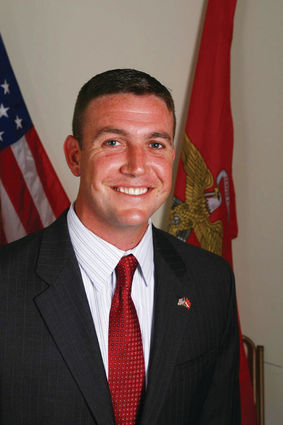 SAN DIEGO - A federal judge in San Diego on Tuesday, Aug. 13 pushed back Rep. Duncan Hunter's trial for alleged misuse of $250,000 in campaign funds until early next year.

U.S. District Judge Thomas Whelan postponed the trial -- previously slated to begin Sept. 10 -- with Duncan's attorneys seeking to have Whelan's prior ruling against dismissing the case heard by an appeals court.

Whelan ruled earlier this summer against Hunter's motions to have a 60-count indictment against him thrown out. The congressman's attorneys have appealed the rulings, but the 9th U.S. Circuit Court of Appeals has not yet ruled whether it will take jurisdiction in the case.

Hunter, R-Alpine, was indicted along with his wife on five dozen criminal counts, including wire fraud, conspiracy, and falsification of records. Margaret Hunter, 44, pleaded guilty last month to a conspiracy charge. She faces up to five years in federal custody and a fine of up to $250,000 when she is sentenced in December.

Hunter, 42, is accused of spending campaign funds on personal expenses. Prosecutors allege he and his wife Margaret went on expensive family trips and made scores of other improper personal purchases over the course of six years.