Hear from candidates for the 50th Congressional District 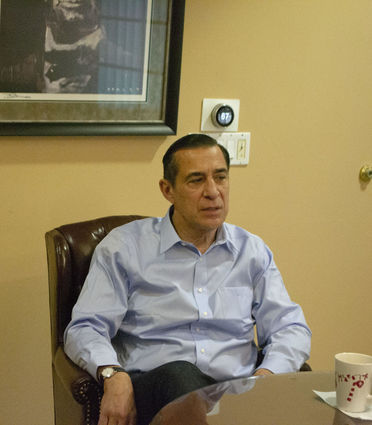 Spanning from eastern San Diego County to the southwestern corner of Riverside County, the 50th Congressional District seat was previously held by Rep. Duncan D. Hunter until he resigned after pleading guilty to a corruption charge. In part two of Village News' coverage of the election for the seat, Village News spent time with three candidates from the field: Darrell Issa and Helen Horvath. This follows last week's installment with interviews from Ammar Campa-Najjar, Nate Wilkins and Carl DeMaio. Read on to see what Issa and Horvath had to say about their plans should they be elected to the 50th Congressional District.

What makes you uniquely qualified to hold the office you are campaigning for?

Right now, radical socialists like Nancy Pelosi are doing everything they can to undermine President Donald Trump and overturn the will of the voters. Trump needs fighters on his side. I know how to fight the radical left because I've done it before. I've had the honor of serving in Congress for 18 years and served as chairman of the House Oversight and Government Reform Committee. I led investigations into the former President Barack Obama administration's corruption and incompetence and held the administration accountable for scandals including Fast and Furious, Benghazi and the IRS targeting of conservative organizations.

As a veteran, I know firsthand the commitment required by our service members and the sacrifices our country asks of them. The 50th District has a large military presence and has been represented for decades by the Hunters, both military veterans who were strong supporters of the military community. I'm the only veteran in this race, and I am committed to making sure our military has the resources they need and our veterans get the care they deserve.

I'm a pro-Trump, pro-life conservative who will be ready to fight for our values on day one. I'm the only candidate who can say that. Carl DeMaio is a "Never Trump" liberal who's never skipped an opportunity to attack Trump, the Republican Party, the Tea Party movement or social conservatives. Carl can't support our president or our values in Washington because he doesn't share those values. I'm the true Trump conservative in this race, and the only person who can be trusted to support the "Make America Great Again" agenda.

What is the single most pressing issue facing the district you represent/hope to represent in the years to come?

We cannot defend our country if we do not secure our border. We need to build the border wall. For decades, both parties have failed to secure the border and enforce our immigration laws. I have been a longtime supporter of the border wall, border security and equipping our U.S. Border Patrol agents with the resources they need to do their jobs. The heroes who work on our southern border know we need a true Trump conservative in this seat, and I'm proud to have been endorsed by the National Border Control Council as a result.

How do you intend to tackle/solve that issue?

I will fight alongside Trump to build the wall so our Border Patrol agents can protect their watch effectively. When I've visited the border, I've seen that a handful of agents can patrol a mile of fenced border, but hundreds of agents are needed to secure that same stretch of open border.

The wall is common sense. Is it the only thing we need? No, but it makes it possible to apprehend criminals like drug smugglers and human traffickers crossing the border. We need prosecutors who take illegal immigration seriously. When the U.S. attorney in San Diego refused to prosecute human smugglers, I asked former President George W. Bush to fire her, and he did.

Carl DeMaio supports amnesty for illegal immigrants. I have never supported amnesty. We need to enforce the laws of our country. We need to remove those who have overstayed visas or come under false pretenses. We have to restore the rule of law. And we have to end sanctuary cities. We cannot keep this country safe if we allow cities and states to refuse to comply with the law.

What are you some of your key objectives when/if you are elected?

I will fight alongside President Trump to stop the Democrats' impeachment boondoggle; build the wall and secure the border; end sanctuary cities; support our military and veterans and make sure they have the resources they need; protect the sanctity of life, defund Planned Parenthood, and pass laws that protect the unborn and protect the Second Amendment and stand up for the rights of law-abiding Americans

What makes you uniquely qualified to hold the office you are campaigning for?

As I researched my doctoral dissertation at Alliant International University Fresno, my adviser, Dr. John Renner, said, "Helen you will never be invited to NFL Headquarters to discuss key issues..."

Being solution focused, I took this statement as a challenge to use my key negotiation and networking skills. A year later, I was invited to speak with NFL Headquarters' Vice President Troy Vincent.

After returning, Renner's statement was "Never tell Helen can't because she will do..."

It's this demonstrated strength of purpose, integrity, and ability to navigate key issues using my education, experience, and community knowledge that's the most critical skills to consider when voting for a candidate. As a resident of the 50th District, I'll be there with the community every step of the way.

An Army veteran, I have 28 years of military and federal civil service.

What is the single most pressing issue facing the district you represent/hope to represent in the years to come?

How do you intend to tackle/solve these issues?

In the http://www.IVoterguide.com, I wrote plans for each key issue. I said that Social Security is tied to immigration and women/family issues are tied to both Social Security, immigration, employment and expansion of equal rights for women and families. I support the Navy's plan to innovate a solution to both military and civilian child care issues concerning cost, availability, etc. Social Security is tied to illegal use of actual citizens' SSNs through illegal businesses producing fake SSNs and IDs that allow the undocumented immigrants to apply for benefits under your SSN. The women/family issues are tied to human trafficking of illegal immigrant women and children. By further developing the plan below; we will be able to stem the tide of illegal immigration while supporting families in our communities. My parents were legal refugees sponsored into the United States.

For this response, I will focus upon the immigration issue tied to the overall umbrella social/legal issues.

For child care, I will fund and support (the) Navy's plans to develop collaborative relationships with new and existing civilian child care providers in San Diego and Riverside County for higher quality and lower cost child care. This change is also a business opportunity for people who want to operate child care facilities.

I support equal rights for families and women. I am a firm supporter of the passage of the Equal Rights Amendment and laws to protect women and family economic growth. ERA, as written, is for both men and women, is not an abortion law and simply levels the economic playing field.

Immigration. Many individuals attempting to enter the United States illegally use criminal enterprises such as cartels. The illegal immigrants entering our country require identifications, Social Security numbers, birth certificates and such to be able to work. These identification documents are created by criminal enterprises creating identity theft issues that may go undetected. I would support the Department of Justice and Homeland Security in the investigation and funding of these agencies to crack down on illegal criminal enterprises. This support would extend to enforcement of current immigration laws while working to change the immigration migration laws to do the following:

Concerning employment-based migration versus chain migration – based upon economic need (e.g., current shortfall of trades in our economy that increases the cost of services and goods sold) – I support using my skills, education and experience to prioritize immigration into our nation while taking away a per country quota system. Will help build the economy instead of costing taxpayers' money.

I will create methods for immigrants to transfer their skills and licenses into the United States. For example, a nurse who was educated and employed in Japan could transfer their education and work experience into this country to obtain a license-the same with a plumber or electrician. It would create unified standards that would provide the shortfall skilled labor and other labor categories faster positively impacting the economy. The government already background checks immigrants.

I would work to stop entry into the U.S. based upon family members who have legally entered the United States, such as aunts, uncles or cousins.

I would expand the H-1B high skilled visa program while eliminating the per-country cap and overhaul the H-2A and H-2B temporary visa worker programs.

I would work to provide expanded refugee services based upon the United Nations International agreements tied to a modified immigration reform law and passing criminal background checks, and ensure that Homeland Security and Immigration and Customs Enforcement are fully funded to ensure internal and border security.

Last, I would resolve the "Dreamer" illegal immigration issue through appropriate legislation.

What are some of your key objectives when/if you are elected?

I would fully fund Department of Defense operations by creating a two-year budget for Defense to alleviate continuing resolutions, sequestration and furloughs. The objectives include safe housing for military members and support of military infrastructure to resolve environmental issues on military installations and improve on base housing.

I would support small businesses and business through federal government contracting opportunities, including potential revisions to laws and regulations to stop fraud, waste and abuse.

I support military spouse employment opportunities that will require examination of current Status of Forces Agreements (international treaties) to create continuity of careers for military spouses, including issues surrounding transfer of professional licenses between states and countries and social services such as child care.

I would revise the federal budget requirement to "use it or lose it." Instead of reducing the agency's budget for the next fiscal year; I would support the budget as written and reduce expenditures as available. It will save money for the government overall when the end of year spending purchases unnecessary products or services.

I would continue to work toward equal rights in pay, benefits and family rights with the Equal Rights Amendment. Within this support is a need to improve upon enforcement of the Pregnancy Protection Act of 1978, passage of equal pay for equal work law (currently in Congress) and a sick leave for all law (currently in Congress). Ongoing advocacy for tribes, military, women and family issues in Congress is important too. 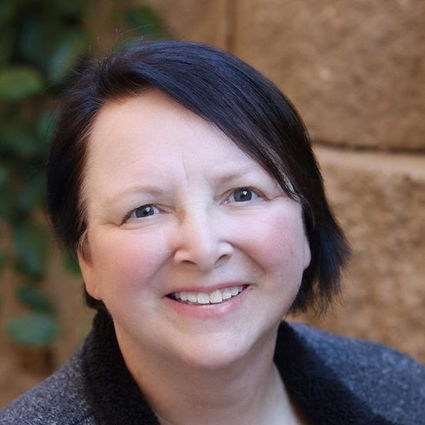