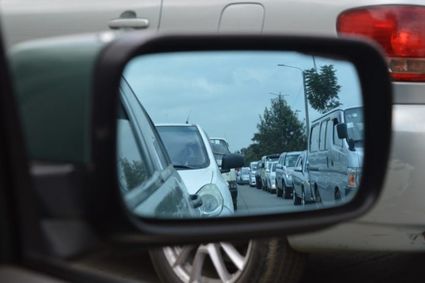 DE LUZ (CNS) - A trucker was killed today when the flatbed he was driving veered off a winding road in De Luz and plunged about 50 feet down a steep embankment.

The fatal crash in the 3400 block of Sandia Creek Drive was reported shortly before 1 p.m., according to the California Highway Patrol.

Emergency crews arrived to find the truck upside down in a brushy ravine, surrounded by wooden posts it had been hauling, CHP public-affairs Officer Mark Latulippe said. The unidentified driver was pronounced dead at the scene.

A tow truck was called in to pull the victim and the flatbed out of the...