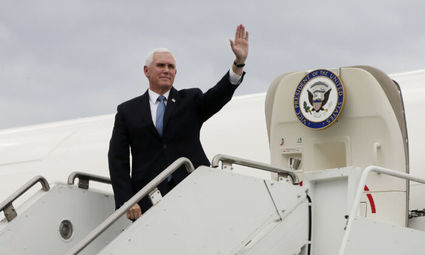 Vice President Mike Pence waves as he arrives for a visit to the Mayo Clinic in Rochester, Minnesota, April 28. AP photo/Jim Mone photo

Vice President Mike Pence said that the Trump administration is strongly opposed to censorship of conservatives by social media and big tech companies.

Pence told Breitbart in an exclusive interview Friday that suppression of conservative voices ahead of the November general election will be met with a response from the White House.

The vice president did not provi...