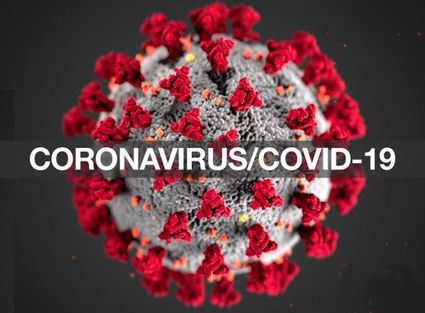 The number of COVID-19 tests reported to the county Saturday was 4,413, with 7% positive new cases. The 14-day rolling average percentage of positive tests is 2.8%.

The number of cases requiring hospitalization was 1,619 and the number admitted to an intensive care unit was 449.

Community-transmitted COVID-19 outbreaks have activated one of the county's public health triggers, placing a pause on any additional openings allowed by the state.

"We continue to implore the public to wear facial coverings and avoid having gatherings at your home,'' San Diego County Supervisor Nathan Fletcher said.

As part of the 13 public health triggers announced earlier this month, the county could take industry-specific actions, pause all reopening efforts or even dial back reopenings if enough of the metrics rise above a certain threshold. The threshold for community outbreaks -- defined as three or more lab-confirmed cases from different households -- was fewer than seven in a week's span.

The total number of outbreaks in a community setting is now at seven, which keeps the metric at a caution level. Additionally, the percentage of active COVID-19 cases has grown by 28% in the last week, something which would otherwise be a red flag for the county's epidemiology team -- although testing has increased markedly, making the increase in cases within expected levels.

Fletcher did not report where exactly new outbreaks were occurring, saying doing so would ``undermine'' cooperation the county was receiving from businesses and other locations to report COVID-19 outbreaks.

Fletcher said the county would increase ``targeted enforcement'' of businesses in violation of public health orders.

Newsom announced Thursday that Californians would be required to wear masks in public. San Diego County, as well as eight other counties in the state, already had such orders in place.

Masks are not needed in private transportation, at work when not interacting with the public or while exercising so long as a person can maintain social distancing.

Wooten, suggesting how long the COVID-19 pandemic could impact the region, said it may not be safe for people to have gatherings at their homes "until sometime next year,'' a far cry from the mid-March hopes of flattening the curve and ending the pandemic.

"With the reopenings, people think we can go back to the pre-COVID existence, and we cannot,'' she said.

New testing sites at the Spring Valley Library on Kempton Road and the Mira Mesa Senior Center on Mira Mesa Boulevard have joined nearly a dozen other sites where county residents can get tested for free.

The county launched an interactive website earlier this week that allows residents to find COVID-19 testing locations near them. The website can be found at 211sandiego.org.