Supporters of Trump rally in Temecula 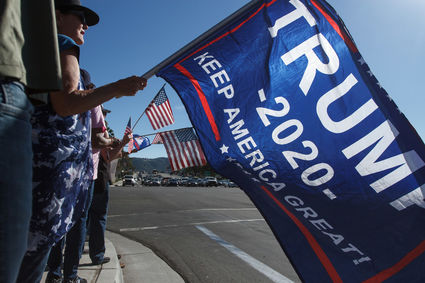 President Donald Trump supporters gather at the intersection of Winchester and Ynez roads to rally support for his reelection campaign, Friday, June 12.

After two straight weeks of protests at Rancho California and Ynez roads against police brutality and the death of George Floyd, dozens of supporters for the reelection of President Trump rallied across town Friday, June 12, at another heavily traveled intersection in Temecula.

A crowd that grew to as large as 100 people – some of them local residents, and some of them from other parts of Southern California – displayed "Blue Lives Matter" and Trump signs, American flags and even a life-size cutout of the president at the intersection of Winchester and Ynez roads near the Promenade Te...