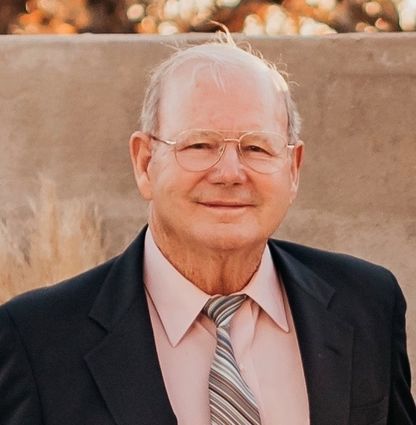 Jack attended Sweetwater schools and graduated from Newman High School in 1958. He was president of the student council his senior year, and a member of the livestock judging team that won state in both FFA and 4-H. He was a pitcher on the local baseball team known as the Mustangs, and reportedly threw a mean curve ball.

In 1962, Jack graduated from North Texas State University in Denton with a BS in Business. After college, he entered the U.S. Air Force hoping to become a fighter pilot.

When Jack's less-than-perfect eyesight prevented this, he earned his private pilot's license and began a lifetime of flying, first in his Mooney and later in his Bonanza. He and his pilot friends and families traveled all over Alaska, Canada, Mexico and the U.S., camping out of their planes.

Jack made his last flight shortly before he became ill in November. Over the years, while in the Air Force, he was stationed in California, Colorado and upstate New York. Jack was privileged to be part of the Secretary of the Air Force Special Projects Office, participating in the fields of aerospace and satellites.

The NRO developed and operated three film-based photo reconnaissance programs: Corona, Gambit and Hexagon, all of which were covert at the time, but have recently been declassified. In his role as Administrative Contracting Officer, Jack was a key manager who contributed directly to the success of the Gambit program, and others, to provide capability widely acknowledged as vital to our National Security.

Later, Jack served as the Executive Officer for Major General Jack Kulpa, the Director of the Air Force element of the NRO. Jack continued to support classified space programs after leaving the Air Force and entering private industry. He is well known and respected for his efforts in these important national efforts, and remembered with great affection by all who worked with him.

Jack served 20 years in the Air Force where he was affectionately known as "Action Jackson." He retired as a decorated Lt. Colonel and continued working in the aerospace industry.

Jack worked and played hard all his life, acquiring rental properties, participating in the Comstock winery, hunting quail with his dogs, and enjoying his friends and family whom he loved.

On Oct. 14, 2012, Jack married the former Judy Davis at Judy's home in Sweetwater. Judy and Jack found each other again at Avenger Field in Sweetwater during the annual WASP Reunion, when Jack had flown one of the WASPs to Sweetwater to attend the reunion.

Fifty years ago, Jack and Judy had previously dated for seven years before going their separate ways. It was love at first sight all over again when they met at the reunion. It was truly a marriage made in heaven love story.

Funeral services were held at 11 a.m., Friday, June 26, 2020, at the WASP Museum in Sweetwater with Rev. Kathy Monroe officiating. Interment followed at Palava Cemetery under the direction of McCoy Funeral Home with military honors being performed by the U.S. Air Force. A come and go visitation was held Tuesday, June 23, 2020, until the service time at McCoy Funeral Home.

The family would like to thank all of Jack's caregivers and medical personnel for their excellent care. The family requests that any memorials be made to the WASP Museum or to the Nolan County Livestock Association Premium Sale.

Online condolences may be expressed at http://www.mccoyfh.com.