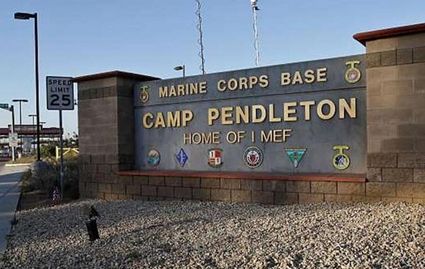 SAN DIEGO (CNS) - A former member of the U.S. national wrestling team, who was severely injured during a training camp exercise held at Camp Pendleton, has filed a lawsuit alleging the Marine Corps and USA Wrestling encouraged him and other civilians to take part in a military-style exercise involving weapons that the participants weren't adequately trained to use.

Richard Perry and his wife Gina Cimmino filed the lawsuit Tuesday in San Diego federal court against the United States and Armament Systems and Procedures Inc., a company that manufactured and sold a padded baton used i...