Z Cafe has aloha vibes tied to its roots 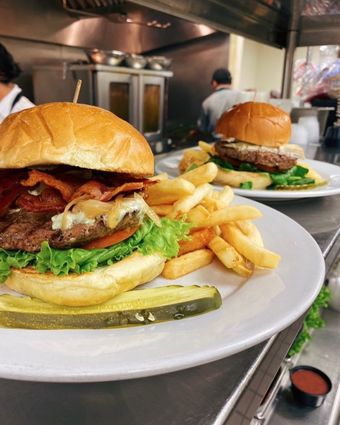 Z Cafe in Bonsall has pictured a Z Cafe burger in front, with a Brie and spinach burger in back.

"I was in the fashion industry at the time," John Toma said. After having success with clothing boutiques, he branched off and had his own stores in several different locations before selling them off and getting into the restaurant industry for his son.

"I stumbled across Sunrize Cafe in Bonsall, bought it, and I knew what I needed to do," John Toma said. They then took the restaurant and began to build it up.

Sunrize changed to Z Cafe in 2010 after Toma decided they needed an image name change, considering they would be moving from just serving breakfast and lunch to dinner as well.

The last six to seven years have been successful for Z Cafe up until this year.

"Even this year with the challenges of all the things that are going on in our world, we were still meeting up to the year-before numbers," Toma said. "We dropped off when we were just going to the takeout; we were quickly building back up again, but now that they're doing the shutdown again with only outdoor dining, we're stumbling again and going to have to reposition ourselves as well."

Toma didn't have any restaurant experience before getting into the business.

"I had no experience, but I knew from fashion boutiques, clothing stores; I knew what you needed to do as far as projecting out an image, having a great product, great people and a great staff, which we have," Toma added.

They pretty much have a set menu, but do specials daily.

"I wanted to have a kind of old school feel to things," Toma said. They've stuck more to the basics, but with a twist.

"A lot of the breakfast items are basic items that you would see in normal cafes, but we do a little bit of twist with how we might change up certain items, ingredients with the items," Toma said.

Their prices are positioned to stay relatively the same.

"When I go into places and I see $16, $18 burgers, it's ridiculous, I really do believe it," Toma said. "We've stuck to our place with our position with pricing, even as we face challenges at times."

At Z Cafe, they add Hawaiian flair to some of their food due to Toma's Native Hawaiian background.

"We bring in some of the Hawaiian types of items," Toma said. "We do Hawaiian barbecue beef or chicken; we do a mahi mahi; we do a chicken katsu, all extremely popular."

Alongside craft beer, they have an extensive wine lineup as well.

"If you come to our restaurant, you'll find something of a variety on a regular basis," Toma said. "It's a broad menu, but it's quality. It's not one of those types of things where, because it's broad, the quality suffers.

They also do work with art displays as well. "The type of music that we play, to the way that our staff is groomed and presentable and professional and the way that they carry themselves, all of those things we touch on," Toma said. 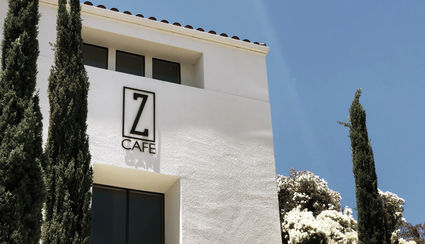 Z Cafe serves a variety of different items, everything prepped and made to order for that day.

"We're always into the senses; what they see, what they smell, what they hear, all that type of stuff; that's a collective thing that we are constantly trying to evolve with," he added.

His son, Michael Toma, is the general manager along with two other managers, with some staff that has been with them since the original Sunrize days.

"I think we've been with the Z location now for 12 years, and we evolve all the time," John Toma said. "We're not just satisfied with who we are but continue to be evolving and stick to our core, but also get into new things that just wows our customers even more."

To see more of what they have to offer, visit https://www.zbonsall.com/.